Christic Imagination: How Christ Transforms Us

Christic Imagination: How Christ Transforms Us

Every true period of renewal in the Church has been marked by a re-discovery of the person of Jesus Christ. The Second Vatican Council inaugurated such a re-discovery. It asked Christians to “return to the sources”—especially the New Testament and those early theologian-bishops known as “the fathers of the Church”—as a way of envisioning anew their faith in Jesus.

Every true period of renewal in the Church has been marked by a re-discovery of the person of Jesus Christ. The Second Vatican Council inaugurated such a re-discovery. It asked Christians to “return to the sources”—especially the New Testament and those early theologian-bishops known as “the fathers of the Church”—as a way of envisioning anew their faith in Jesus.

A half-century later, award-winning theologian Father Robert Imbelli (Ph.D., Yale University) pilots you through this mental safari into the unmapped regions of your imagination. His mission is to return you to the Source (with a capital “S”)—the clear waters of your faith—where your unclouded image of Jesus rests and, like a river rock, receives polish.

Fr. Imbelli’s studies in Rome overlapped with the Second Vatican Council; he brings his personal intersection with that historical episode of the Church’s lifetime to bear in this audio course by returning to the helpful distinction of the objective and subjective: “Transfigured Christ/ Transfigured Christians”—the Church and you.

The term “Christic,” as Fr. Imbelli uses it, is meant to call forth various dimensions of the Mystery of Jesus. In 9 lectures, you will stretch your imagination, drag the lake of your own experience, and take His Mystery as “the Mystery of a Personal Presence” that is pervasive and life-giving, and finds its fullest sacramental reality in the Eucharist. 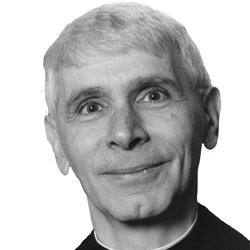 Father Robert P. Imbelli, STL, Ph.D., is an award-winning theologian and an Associate Professor Emeritus of Theology at Boston College, where he taught systematic theology for nearly 30 years. During the years of the Second Vatican Council, Fr. Imbelli studied in Rome, where he was ordained a priest in 1965 and received an S.T.L. from the Gregorian University in 1966. After earning his Ph.D. in systematic theology from Yale University in 1972, he taught at the New York Archdiocesan Seminary and the Maryknoll School of Theology. In 2017, he was a visiting scholar at Seton Hall University, and he has been a visiting lecturer at Princeton Theological Seminary and Fordham University.

Fr. Imbelli is the author of Rekindling the Christic Imagination: Theological Meditations on the New Evangelization (Liturgical Press, 2014) and the editor of Handing on the Faith: The Church's Mission and Challenge (Crossroad, 2006), both of which received awards from the Catholic Press Association. His numerous articles and reviews have appeared in The New Dictionary of Theology and such journals as Theological Studies, The Thomist, Communio, Worship, Commonweal, and America.

“Robert Imbelli is one of the most intelligent, creative, and inspiring writers on the theological scene today.  Like Joseph Ratzinger, Hans Urs von Balthasar, and Romano Guardini, he combines high intelligence with a keen aesthetic sensibility.  Whatever he writes is worth reading.”

“Father Robert Imbelli’s Christic Imagination series underscores his embrace of Jesus Christ with his priestly heart and acute theological mind. Years of profound study and contemplation of Scripture, the Fathers, the Councils, the liturgy, and contemporary thinkers—as well as a deep appreciation of the best in the Christian artistic and literary traditions—buttress in a non-obtrusive way his exposition of Christianity’s heart.”

“Fr. Robert Imbelli has the rare the ability to hold multiple subjects together in a natural balance without losing importance nuances. Few people could treat a subject as vast as Christ and the imagination. He does so with a calm mastery and constant insight that enlightens and inspires at every point.”

“Father Robert Imbelli has been a leading theological voice in the American church for a number of years, and we have always been proud to include him the pages of America magazine. His insight, thoughtfulness and generosity of mind and heart are in every frame of this important program.”

Be the first to review “Christic Imagination: How Christ Transforms Us” Cancel reply