Meaning: Exploring the Big Questions of the Cosmos with the Vatican's Top Astronomer

Meaning: Exploring the Big Questions of the Cosmos with the Vatican's Top Astronomer

Explore the big questions of science and religion with a Jesuit astronomer.

Throughout history, Christians have often been at the forefront of scientific discovery; the Augustinian friar Gregor Mendel innovated the study of genetics, and the Jesuit Georges Lemaître first proposed the Big Bang Theory. In recent times, Pope Francis—a chemist by training—issued Laudato Si, an encyclical that addresses global warming.

Now, you can join the Director of the Vatican Observatory—one of the leading Catholic scientists of our time—

Explore the big questions of science and religion with a Jesuit astronomer.

Throughout history, Christians have often been at the forefront of scientific discovery; the Augustinian friar Gregor Mendel innovated the study of genetics, and the Jesuit Georges Lemaître first proposed the Big Bang Theory. In recent times, Pope Francis—a chemist by training—issued Laudato Si, an encyclical that addresses global warming.

Now, you can join the Director of the Vatican Observatory—one of the leading Catholic scientists of our time—in examining the most vital questions about the universe.

As an astronomer, Dr. Guy Consolmagno, S.J., deals with big things—stars, galaxies, and unfathomable distances—but that’s not the kind of “bigness” that you will explore with him here. Instead, you will tackle the most profound aspects of existence: the hows and whys of the universe.

In this brilliant course, you will ask yourself: Does science need God? Can physics prove the existence of God? How do we understand miracles? What is life, and how will we recognize it on other planets? What is the soul?

As you will see, such questions don’t have simple answers. Instead, you will discover new ways of thinking about them: not finding concrete answers to these questions, but rather asking them anew with wit and wisdom. In doing so, you will gain a richer and fresher understanding of the world.

Your Free Electronic Study Guide! When you order this course, we will send you a free electronic study guide for each program (excluding those with *) that you can access in 3 convenient ways:

1) You can check your order confirmation email. It will include a link that enables you to download your guide.

2) The back of your program package also contains a copy of this link. You can access your guide by simply entering this URL into your browser.

3) Your case of CDs or DVDs will contain a copy of your electronic guide on CD. Simply insert this disc into your computer’s CD/DVD drive to access your guide. 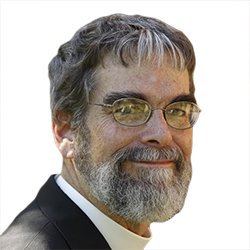 Dr. Guy Consolmagno, S.J., is Director of the Vatican Observatory, a leading astronomer and meteoriticist, and a Jesuit brother. He earned undergraduate and master’s degrees from the Massachusetts Institute of Technology, and a Ph.D. in Planetary Science from the University of Arizona. Before entering the Jesuits in 1989, he was a postdoctoral research fellow at Harvard and MIT, served in the US Peace Corps, and taught university physics at Lafayette College. He has worked as a Vatican Observatory astronomer since 1993.

Br. Consolmagno’s research explores connections between meteorites, asteroids, and the evolution of small solar system bodies. The author of a monthly science column for The Tablet, he has written more than 200 scientific publications and a number of popular books, including Turn Left at Orion (with Dan Davis), and Would You Baptize an Extraterrestrial? (with Paul Mueller). He has also hosted science programs for BBC Radio 4, appeared in numerous documentary films, and served as chair of the American Astronomical Society’s Division for Planetary Sciences. In 2000, the small bodies nomenclature committee of the International Astronomical Union named an asteroid, 4597 Consolmagno, in recognition of his work. In 2014, he was awarded the Carl Sagan Medal for public outreach by the American Astronomical Society's Division for Planetary Sciences.

“Br. Guy Consolmagno is a gifted scientist, writer, and leader in helping people bridge their scientific and religious understandings of the cosmos. An engaging and entertaining speaker, Br. Guy has a rare talent for communicating abstract concepts to public audiences with remarkable clarity.”
– Dr. Grace Wolf-Chase, Astronomer, Adler Planetarium

“Guy Consolmagno’s presentations are gems. Here is an accomplished scientist with strong interests in science’s history and in communicating science to a diverse public audience — he communicates skillfully to science enthusiasts but also humbly to those who have religious or cultural apprehensions regarding science.”
– Prof. Christopher M. Graney, Author of Setting Aside All Authority: Giovanni Battista Riccioli and the Science against Copernicus in the Age of Galileo

“Br. Guy puts the lie to the post-modern canard that science is the replacement for religion, that one must choose between one's profession and one’s faith. He does this with humor, wisdom, and deep knowledge.”
– Jonathan Lunine, David C. Duncan Professor in the Physical Sciences, Cornell University

“Brother Guy Consolmagno combines an active research career in planetary astronomy with a strong sense of history. He also inspires amateur astronomers the world over, and instructs a wide audience of armchair astronomers through his accessible popular books. He is a voice of authority and a source of enthusiasm for science.”
— Dava Sobel, Author of Galileo’s Daughter

17 reviews for Meaning: Exploring the Big Questions of the Cosmos with the Vatican’s Top Astronomer