Hear the voice of Thomas Merton.

Hear the voice of Thomas Merton.

With your MertonTalks subscription, you’ll enjoy weekly talks by a spiritual master. Thomas Merton was a bestselling author, modern mystic, and all-around brilliant mind. Now you can listen to him in his own voice.

Your first talk is free. For just $7 a month, you’ll receive a new MP3 each week. That’s $1.75—less than a cup of coffee—for each weekly talk. And you can cherish these talks forever.

Your subscription gives you the key to Thomas Merton’s rich audio archives. The MertonTalks collection spans hundreds of tracks: lectures, classes, journal entries, unpublished poems, and much more. Recorded by Thomas Merton during his lifetime, many are available to the public for the first time ever. No two talks are alike, but all will nourish your spirit.

As the exclusive publisher of Thomas Merton’s recordings, Learn25 works with the Merton Legacy Trust to bring you these rarely heard gems. Here’s a small sample of what you’ll get with MertonTalks. 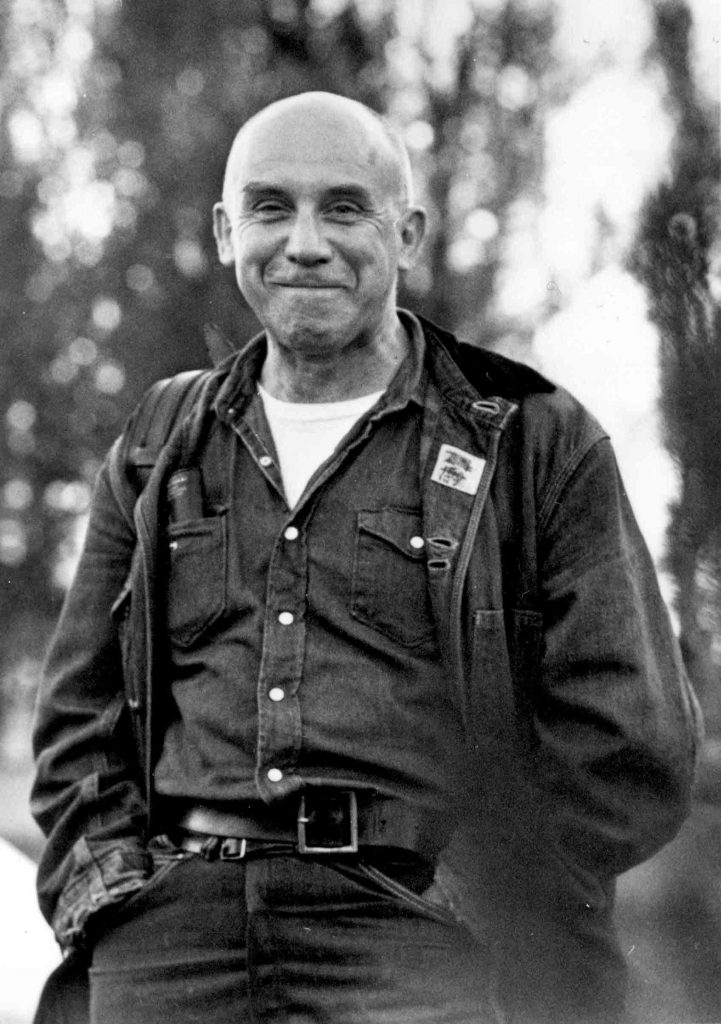 About Thomas Merton and MertonTalks

MertonTalks is brought to you by Learn25, a multimedia publisher of lectures by leading professors and spiritual luminaries. Learn25 produces MertonTalks through its exclusive partnership with the Thomas Merton Center at Bellarmine University and the Merton Legacy Trust. All income from MertonTalks royalties goes to the Abbey of Gethsemani.

Born in 1915, Thomas Merton left a worldly life as a literature professor to join a Trappist monastery, where he left his mark as one of the greatest writers of his time. His 1948 autobiography The Seven Storey Mountain became an instant classic and cemented his place among Christianity’s modern intellectuals–and that was only the tip of the iceberg. A prolific author and artist, he wrote over 70 books, thousands of poems, and innumerable pages of journals, essays, letters, and articles.

When he died in a tragic accident at the age of 53, he also left behind an archive of nearly 1,000 talks that he gave at Gethsemani and throughout the world. Recorded during the last six years of his life, they capture Merton at the height of his wisdom.

With your MertonTalks subscription, you’ll have the rare opportunity to listen to these timeless talks every week. Take Thomas Merton as your spiritual guide anytime or anywhere.