Video Bundle: The Bible and the Qur’an: A Comparative Study + Christian and Islamic Theology - 14 Discs Total

This is a special discounted price for a bundle of these two audio programs:

The Bible and the Qur’an: A Comparative Study
by Prof. Gabriel S. Reynolds, Ph.D.

Your Free Electronic Study Guide! When you order this bundle, we will send you a free electronic study guide for each program that you can access in 3 convenient ways:

1) You can check your order confirmation email. It will include a link that enables you to download your guides.
2) The back of your program package also contains a copy of this link. You can access your guides by simply entering this URL into your browser.
3) Your case of CDs or DVDs will contain a copy of your electronic guide on CD. Simply insert this disc into your computer’s CD/DVD drive to access your guide. 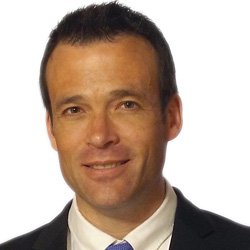 Gabriel S. Reynolds is Professor of Islamic Studies and Theology in the Department of Theology at Notre Dame, where he researches the Qur'an and Muslim-Christian relations. A Catholic, he received his Ph.D. in Islamic Studies from Yale University, where his dissertation, A Muslim Theologian in the Sectarian Milieu (published by Brill in 2004), won the Field Prize. He is the author of The Qur'an and Its Biblical Subtext (Routledge, 2010) and of The Emergence of Islam (Fortress, 2012), the translator of 'Abd al-Jabbar’s Critique of Christian Origins (BYU, 2008), and the editor of The Qur'an in Its Historical Context (Routledge, 2008) and New Perspectives on the Qur'an: The Qur'an in Its Historical Context 2 (Routledge, 2011).

Prof. Reynolds is currently Chair of the Executive Board of the International Qur'anic Studies Association. At Notre Dame, he teaches courses on theology, Muslim/Christian Relations, and Islamic Origins. Prof. Reynolds has been a visiting professor at the Université de Saint Joseph in Lebanon and at the Université Libre de Bruxelles in Belgium, and he has lectured on the Church and Islam throughout the world, including Oxford, Cairo, Rome, Jerusalem, and Iran.

“Gabriel Reynolds combines deep learning and a gift for teaching. His sympathetic but learned approach to Islam is a real grace in these times.”
– Lawrence S. Cunningham, O'Brien Professor of Theology Emeritus, University of Notre Dame

“Gabriel Reynolds is an internationally renowned scholar of the Quran. His work on the relationship of early Quranic traditions to the Bible is groundbreaking and will forever alter the way in which scholars see the origins of the Islamic faith.”
– Gary A. Anderson, Hesburgh Professor of Catholic Theology, University of Notre Dame

“Engaging and lucid in explaining the often dauntingly complex and conflicting claims to legitimacy by Islam and Christianity, Gabriel Said Reynolds enlightens his listeners and illuminates religions’ problems and promise in our increasingly dangerous and divided world.”
– Rev. John I. Jenkins, C.S.C., president of the University of Notre Dame

Be the first to review “Video Bundle: The Bible and the Qur’an: A Comparative Study + Christian and Islamic Theology – 14 Discs Total” Cancel reply